Explore the  places of Georgian traditional winemaking. Georgia is believed to be the birthplace of wine over 8000 years ago. The earliest evidence of wine making has been found here, and the word “wine” is derived from the Georgian word “gvino”. Georgia is not only the country with the earliest record of winemaking, moreover it is home to unique wine-making traditions and techniques as well as of grape-varieties which are not well-known throughout the world. Georgian wine was, and  still  is  produced in buried clay fermenting pots called Kvevri.
Over 500 varieties of grapes are found in Georgia, a greater diversity than anywhere else in the world. Around 40 of these different grapes are used in wine production. The combination of Natural mineral spring water from the Caucasus mountains, mild winters and warm summers provide perfect conditions for wine making.

Today we are going to Kakheti . It will be a fascinating journey to the eastern part of Georgia to enjoy the mountain scenery, picturesque villages, ancient temples and life of the locals. Tasting unique Georgian wines and an acquaintance with the secrets of winemakers is a special zest of this tour to Kakheti. Exploring Kakheti province you will visit town of Sighnaghi, Sighnaghi History and Ethnography Museum, Bodbe Nunnery and have a taste of variety of traditional dishes and famous wines.

A Royal town Signagi surrounded with defense wall, one of the biggest fortifying walls in Georgia. In 1770 King Heraclius II put Sighnaghi in the list of towns. A view from the town wall allows visitors to look over the Gombori range, where you can view Alazani Valley and the great Caucasus mountains in the distance.

Bodbe Convent, where the relics of virgin St.Nino of Cappadocia, Equal to the Apostles and enlightener of Georgia reposed, is situated in eastern Georgia (Kakheti), two kilometers south of the city of Sighnaghi, in a picturesque place, at the feet of the Great Caucasian Range. The convent has a miraculous view of the Alazani Valley and the snow-capped mountains of Caucasus. Then we will visit "Corporation Kindzmarauli", which is located at the historic Kvareli Castle in town of Kvareli, in the Kindzmarauli micro zone. The history of Kindzmarauli Corporation dates back to 1533 and is connected with construction ofKvareli fortress. The enterprise owns approximately 150 hectares of vineyards, of which 100 hectares are in the historic Kindzmarauli micro zone. Their products have been awarded honors at wine competitions and exhibitions. After wine degustation we will go to Telavi. Dinner and overnight.

Breakfast.  Visit in Alaverdi St. George Cathedral (first half of the 11th century) is located 18 km from the town of Telavi in the Alazani-River valley. Earliest structures of Alaverdi Monastery date back to 6th century. The present day Cathedral is part of an 11th century Georgian Orthodox monastery. An area enclosed by a fortified wall contains dwelling houses, the refectory of the monastery, wine cellars, baths, and other structures. The next place will be Ikalto Monastery - one of the oldest in Georgia and the oldest in Kakheti. Ikalto was founded in the VI century. Buildings that have survived were constructed from the VIII century. In the times of David the Builder (XII century) the temple and the academy were built. The academy is famous for its student Shota Rustaveli, author of the legendary Georgian poem "The Knight in the Panther's Skin". After that we will visit Gremi. It is a 16th-century architectural monument – the royal citadel and the Church of the Archangels. The complex is what has survived from the once flourishing town of Gremi. Gremi was the capital of the Kingdom of Kakheti in the 16th and 17th centuries. Founded by King Levan, it functioned as a lively trading town on the Silk Road and royal residence until being razed to the ground by the armies of Shah Abbas I of Persia in 1615. The town never regained its past prosperity. Return to Tbilisi. 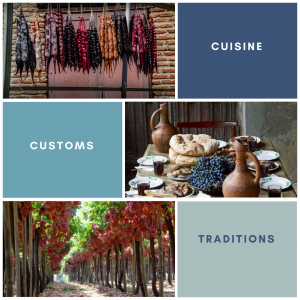 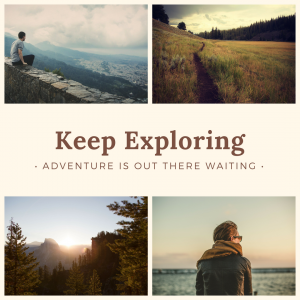 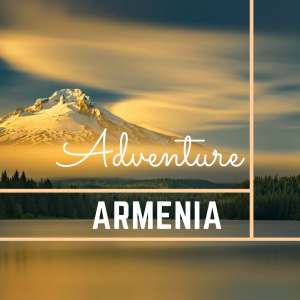